I have had the good fortune of living in a number of States/Towns across this diverse Land of ours, changing hats many times in my working careers. I have also had the pleasure of meeting and working with people from many walks of life. There are those who say that just about everybody passes through Schroon Lake at least once in their lives in some way or another. Some of us are lucky enough to get to stay. My road to Schroon lake began……

Gladwyne Pa: I grew up in this once rural suburb of Philadelphia wandering through woods and fields, swimming in streams and rivers. I developed a permanent love of all things out of doors. I also spent my youth as a full-time competitive swimmer with extensive traveling.

Chestnut Hill Pa: I furthered my education becoming an Early Childhood Specialist as it relates to children with developmental disabilities.

Albany NY: Worked for the State in identifying and finding services for children in jeopardy. It was here in the early ’70s that I was introduced to the beauty of the Adirondacks .

Alamogordo/Cloudcroft N. M. I was the Director of Therapy for a school for Handicapped Children and also worked with the Apache Indians. Gorgeous people/gorgeous country.

Groton/New London Ct: Apart from the culture shock of coming back to the East Coast | shifted gears and became a Real Estate Agent for the first time. Then on to Suffern ,NY

Cleveland Ohio: Sometimes you need to go back to the beginning to find out where you want to go. I reestablished my love of swimming while raising my boys and became a Swimming Coach . Then the Boys go off to Camp on beautiful Schroon Lake. What does a Parent do on a rainy visiting Day Weekend but walk the streets of Schroon Lake. Looking in Friedman Realty’s window we had to “Just go Look”. A small seasonal camp on a cliff on Paradox Lake fit the bill! The Dream had begun even if it was an 8 hour drive.

Buffalo N.Y.: I continued working in Aquatics and did Masters Swimming. The boys continued to grow and summers were spent on Paradox. Now it was just a 6 hour drive.

Midland Michigan: My next ten years were immersed in Coaching, the boys became young men and left the nest and now Paradox was 12 hours away, a long drive for a weekend.

Schroon Lake/Paradox: In 2001 | moved full time to the camp on the cliff overlooking Paradox Lake. So it may have taken me 20 some years to get here but of all the places I have lived and all of the people I have met, “This Is Home.” I worked for Friedman realty for 21 years and now we are Gallo Realty ADK Inc. So many more people to meet. 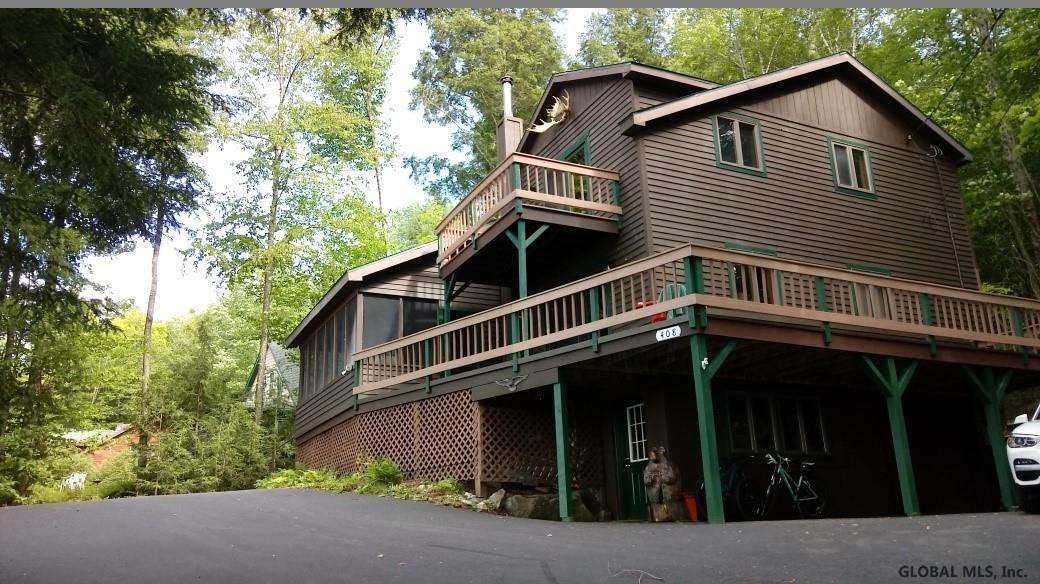 408 E SHORE Drive
VIEWS OF THE HIGH PEAKS from the waterfront and house make this 4 BR home most desireable. Choice of two MBR suites. On the main floor the master has both a jet tub and shower. The...
$765,900
VIEW
Top
Gallo Realty ADK, Inc.